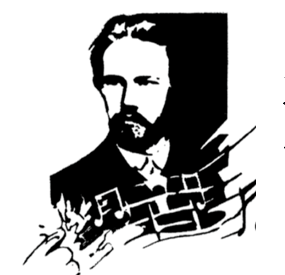 Organizers of the Competition:

• Association of Tchaikovsky Competition Stars is an authoritative non-profit creative organization, which, in collaboration with partners, has accumulated unique experience in using Disklavier to conduct distance learning programs, concerts (including concerts at large stages), auditions, and to create a library of recordings of both leading and young pianists from different countries. The Association is an exclusive partner of the Moscow State Conservatory and the Gnesins Russian Academy of Music on the project "Distant Music Education". The project of the Association "Disklavier is an Instrument of the 21st Century" was awarded by the Grant of the President of the Russian Federation to support creative projects of national importance in the field of culture and art.

• Yamaha Music Corporation was founded in Japan in 1887 and over the years has grown into the world's largest manufacturer of all kinds of musical instruments, and has also become a leading manufacturer of audio / video products, semiconductors and other products related to computers, sporting goods, household appliances, special alloys, tools and industrial robots. Today Yamaha has 75 branches and 6 subsidiaries around the world in addition to a significant number of companies in Japan. The Russian office of the company (Yamaha Music Russia) since its opening has been a partner of the Association in various creative projects, including projects with the application of the innovative musical instrument Disklavier.

• Moscow State Tchaikovsky Conservatory (Moscow, Russia) was founded in 1866 on the initiative of the Russian virtuoso pianist and conductor Nikolai Rubinstein, and Pyotr Tchaikovsky became one of the first professors. In many ways, the system of Russian professional music education was formed in the Moscow Conservatory. During all the years of the existence of the conservatory, the best professors have been working there, and among its graduates there are many outstanding musicians. The Moscow Conservatory is rightfully ranked among the best musical educational institutions in the world. In recent years, the educational institution has been paying a lot of attention to innovative educational methods, the professors of the conservatory have extensive experience in conducting distance lessons.

• Gnesins Russian Academy of Music (Moscow, Russia) is the leading musical educational institution in Russia. The complex of educational institutions was founded by the Gnessin sisters in 1895 and now consists of a school, a college and an academy. A distinctive feature of the academy is that, along with classical music education, the academy develops folk music and modern trends (pop music, jazz). Plenty of outstanding performers, conductors, professors, art managers have graduated from the academy. Musicians come to study at the academy not only from all over Russia, but also from many countries of the world. The academy is one of the first Russian educational institutions that, together with the Association, began to use modern technologies (including Disklavier) in the educational process.

• ESC (Kurashiki, Japan) is a non-profit organization specialized in support for international cultural exchanges between Japan and the CIS countries. In cooperation with the Association, ESC held the International Tchaikovsky Competition for Young Musicians in 1995 and 2004, and for many years has also been organizing educational projects aimed at disseminating Russian methods of music education in Japan and teaching students the Russian language. ESC is the main partner of Kurashiki Sakuyo University and the Association for the organization of the educational process in accordance with the methodological recommendations of the Moscow State Tchaikovsky Conservatory.

• Seoul Cyber University (Seoul, Korea) is the largest university in the world specializing in distance education methods, including music educational disciplines. The university aims to expand lifelong learning opportunities for all people, regardless of age or geographic location. The university is the main partner of the Association on the projects "Distance Music Education" and "The International Tchaikovsky Online Competition".

• Far Eastern State Institute of Arts (Vladivostok, Russia) is one of the largest Russian educational institution, which was founded in 1962 in Vladivostok and became the first university in Russia that combines three types of art - music, theater and painting. The institute is a scientific center of the Far East in the field of art history and conducts scientific researches in the spheres of culture, history and theory of musical art. The institute has a symphony orchestra, an academic choir, an orchestra of Russian folk instruments, an opera studio, various chamber ensembles, student theater groups, and art workshops. The institute became the first partner of the Association for the implementation of distance music education programs.

• Kenel Children's Music School № 1 (Abakan, Russia) was founded in 1942, during the Second World War. It is named after Alexander Kenel who made a decisive contribution to the formation of a professional musical environment in one of the regions of Russia - Khakassia. Alexander Kenel was among the first teachers of the school. Today, about 500 children receive music education at the school. The creative approach of the management and the team to the organization of the process allowed the educational institution to become the first school participating in the project of distance music education.

• Perm State Institute of Culture (Perm, Russia) was founded in 1975. Today, it has more than 30 educational programs and covers the full range of specialties of professional musical art. The institute has international agreements with universities, cultural institutions and creative centers from many countries of the world. The institute annually hosts international and national conferences, open lectures and "round tables"; annually, more than 200 creative events are held in the institute. The institute is a permanent partner of the Association on the project "Distance Music Education".

• ESC (Kurashiki, Japan) is a non-profit organization specialized in support for international cultural exchanges between Japan and the CIS countries. In cooperation with the Association, ESC held the International Tchaikovsky Competition for Young Musicians in 1995 and 2004, and for many years has also been organizing educational projects aimed at disseminating Russian methods of music education in Japan and teaching students the Russian language. ESC is the main partner of Kurashiki Sakuyo University and the Association for the organization of the educational process in accordance with the methodological recommendations of the Moscow State Tchaikovsky Conservatory.